SEC byes — DawgNation Community
Home› Basketball
Hey folks - as a member of the DawgNation community, please remember to abide by simple rules of civil engagement with other members: 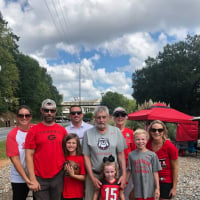 Why would you have a bracket where teams get two byes before they play. I dont know much about bracket science, but could they not play a 16 team bracket, with the top two teams getting a bye? Why would a team, that has already played two games, in two days, have to play against a team that has played no games.