Commemorating D-Day aka Operation Overlord — DawgNation Community
Home› Off Topic
Hey folks - as a member of the DawgNation community, please remember to abide by simple rules of civil engagement with other members: 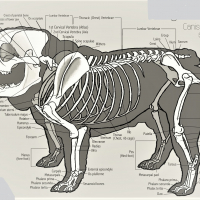 On this day I always take a moment to remember those that gave all on this day 77 years ago. The significance that this day honors may soon be forgotten (Google didn't even acknowledge it) but the out come was pivotal to saving the freedoms that we enjoy today. This classic1960 piece from the Atlantic relives that day better than any movie or novel can. https://www.theatlantic.com/magazine/archive/1960/11/first-wave-at-omaha-beach/303365/

My late father was a young field Medic from North GA College, who landed the day after. He never got over the horror of that war and to his last day shed tears for the young Americans that will rest there forever.