Youtubetv. Disney/ESPN — DawgNation Community
Home› General
Hey folks - as a member of the DawgNation community, please remember to abide by simple rules of civil engagement with other members: 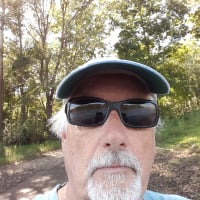 Effective today ESPN and related Disney channels no longer on youtubetv. Email from youtubetv says bill will be adjusted accordingly.

As a result the ESPN stand alone app no longer works either as you have to login with tv provider.

How many are already subscribers of Disney? Contemplating.