BA is Mistaken That Paying Players is Good Policy — DawgNation Community
Home› General
Hey folks - as a member of the DawgNation community, please remember to abide by simple rules of civil engagement with other members:

BA is Mistaken That Paying Players is Good Policy 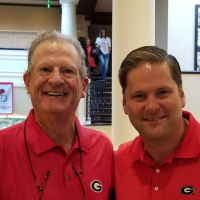 BA has stated that he is in favor of paying players for the use of their images. On the surface that seems fair but the policy comes with many unintended consequences related to recruitment, player transfers, and enforcement. For example, the California law looks different from legislative bills being considered in 11 or more states. How does the NCAA enforce what ever policies each state legislates? Its crazy but several national media representatives that support these laws have stated that players are being paid under the table already so just make paying them legal. Well everybody speeds so lets just take away all speeding limits? So what does the future look like? Mr. 5 star player decides to go to the highest bidder. Then the next year if some other school's booster offers significantly more he just transfers and sits out a year, or not if he can make up some story for the NCAA.