VETERANS DAY — DawgNation Community
Home› General
Hey folks - as a member of the DawgNation community, please remember to abide by simple rules of civil engagement with other members:

Today is Veterans Day and I would like to wish my fellow veterans a safe and reflective day to remember those who did not return home and to thank those who served. Per pgjackson’s idea, please share a picture if you wish. Below is a picture of me and 4 buds clowning around one afternoon in Phu Bai Combat Base, South Vietnam in the fall of 1968. (I’m in the middle). 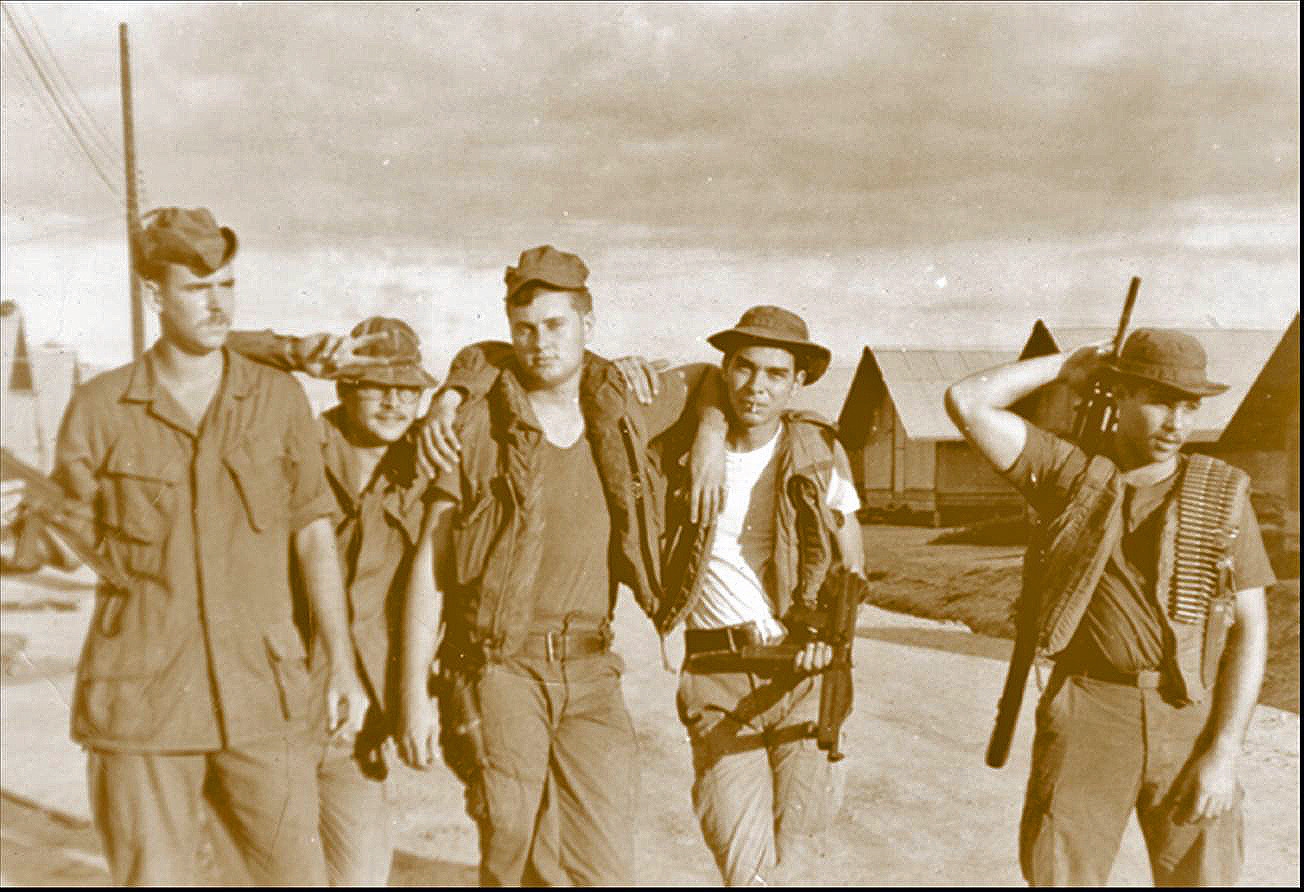