How about all these missed/wrong/bad calls all over sports lately??? — DawgNation Community
Home› General
Hey folks - as a member of the DawgNation community, please remember to abide by simple rules of civil engagement with other members:

How about all these missed/wrong/bad calls all over sports lately??? 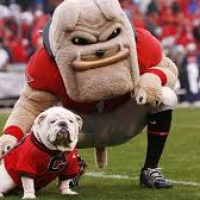 I realize that people are exactly that, just people. We all make mistakes here and there. But ever since the NCG, I have noticed quite a few wrong calls that could been game-changers in a way. I was an all around athlete in high school and a little in college and if you have had the privilege to have been in any sport that you love and you are on the brink of winning, so much is going on in your head. All the adrenaline pumping. All the emotions soaring. And when a call is blatantly missed, or a player punches another player and doesn't get ejected, it can change your mind frame fast. We are human and it is in our DNA to want to be treated fairly. Any reasoning as to why they don't implement a referee to watch the plays on film to make sure bad calls or missed calls are corrected? Just something I've been debating with.