commentary for the Vanderbilt game / radio TV synch — DawgNation Community
Home› General
Hey folks - as a member of the DawgNation community, please remember to abide by simple rules of civil engagement with other members: 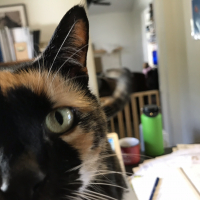 Excuse the negative tone of this post folks; I know I will sound like petty old fart. Did any of you find the ESPN commentators for the game to be ridiculous? I thought they should stick to their craft of announcing the game and talking about the players, which includes calling each play and pronouncing their names correctly (demetris robinson?!). Instead they were eating chicken on camera and talking about the NFL draft. I found them self congratulatory and unprofessional.

While mulling over the above I turned to ESPN radio early this afternoon. Two infantile radio guys were laughing about how Hugh Freeze coached from his hospital bed. This was funny to them? The guy had to have back surgery and he had to coach a game. Making fun of him in this state for entertainment value is really base.

All of this brings me to the following question. Is there a way to have the home radio call automatically synch with the TV broadcast? I live out of radio range so it needs to be satellite or web based. For the next game I think I will just try to time the 960theref website broadcast with the televised broadcast. If anyone has any pointers or smart remarks I'm all ears.

I am reminded of the below scene. It has a cuss word or two in it for you prudes.