Who's some old posters that you miss? — DawgNation Community
Home › Off Topic
Hey folks - as a member of the DawgNation community, please remember to abide by simple rules of civil engagement with other members:

Who's some old posters that you miss? 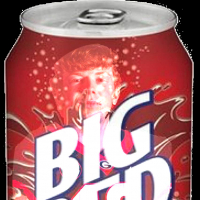 Who hasn't posted in a while or left (in)voluntarily that you miss? I'll start...

@Eason4Heisman was one of the all time great trolls

@SnoopDawg could be fun, but was basically regurgitating info from other sites...