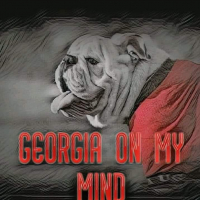 Finally we've brought in a haul that we should do annually in such a hotbed of elite talent. Stricklin said it's his best class since coming to UGA. One big difference in this class is we've brought in some big time bats to go WITH the stud pitchers. There's no Wilcox in the class but some kids did have the opportunity to sign professionally and instead decided to become Dawgs. For me the biggest fish in the class as far as need and meeting that need was Corey Collins 6'3 220 (catcher, 1b, corner OF) from North Gwinnett. This kid has lumberjack power from the left side! Is an excellent defensive catcher as well with a really good arm. Considered one of the best hitters as well as overall players in America. Should be a huge contributor as a true freshman imo. Saw this kid play and he's absolutely legit. Imo what Hancock and Wilcox meant for the starting rotation when they signed with UGA; this kid means the same for the lineup as a whole. Great hips and therefore tremendous bat speed. 2019 Gwinnett County POY. All state. Hit .483 with 50 RBIs and 16 dingers. We also brought in another catcher (Fernando Gonzalez who is pretty d a m n salty himself which will allow for both of em to be on the field together (if they are 2 of the best 9.) Only got to the US 2 years ago but I saw his tape and this kid is an excellent defensive catcher with a quick release and great arm. No doubt one of the top 5 best defensive catchers for the class. Not alot of thump, but can handle the stick and will be somewhere in the .280-.340 range for a career college average. Not too shabby when that's your 2nd best catcher in the same class.

Parks Harber 6'3 215 3B from Atlanta is gonna be a superstar in the same lineup as Collins. Book it. Saw him play as well and he's the real deal. Played good competition at Westminster where he hit .431 with 10 HR n 46 RBIs. 2018 3A POY and 1st team all state. Was the QB on the FB team. And led them to the playoffs in 2018. The kid can do anything on a baseball field. With him and Collins in the middle of the lineup for the next few years I would pay attention when they are up if your in the parking lot or behind kudzu hill.

Garrett Spikes 6'4 195 from Lawrenceville is as good of an athlete as you'll see anywhere. Saw him play 2x and he's a future star himself. Played football and also was a state champion wrestler for the 170 lb class. Kid can pitch and crush the ball from the left side of the plate.

The future is really bright for the Diamond Dawgs. There is a ton of talent coming to Athens and plenty to be excited about. Brought in some great arms but can't believe I've made any message even this long. But Hank Bearden is probably the top arm for this haul imo. But Patrick Holloman from McDonough is a weekend starter definitely. Just don't know if it happens as a freshman. Colin Caldwell has some great stuff from the tape I've seen. Ball moves A TON. More excited about these guys than any in a long time for us. GATA