EJ Price — DawgNation Community
Home› General
Hey folks - as a member of the DawgNation community, please remember to abide by simple rules of civil engagement with other members:

So apparently EJ Price, the elite offensive lineman that picked USC over UGA, is now leaving the Kentucky program midway through spring practice. Interesting turn of events to say the least. Probably dodged a bullet with this one. 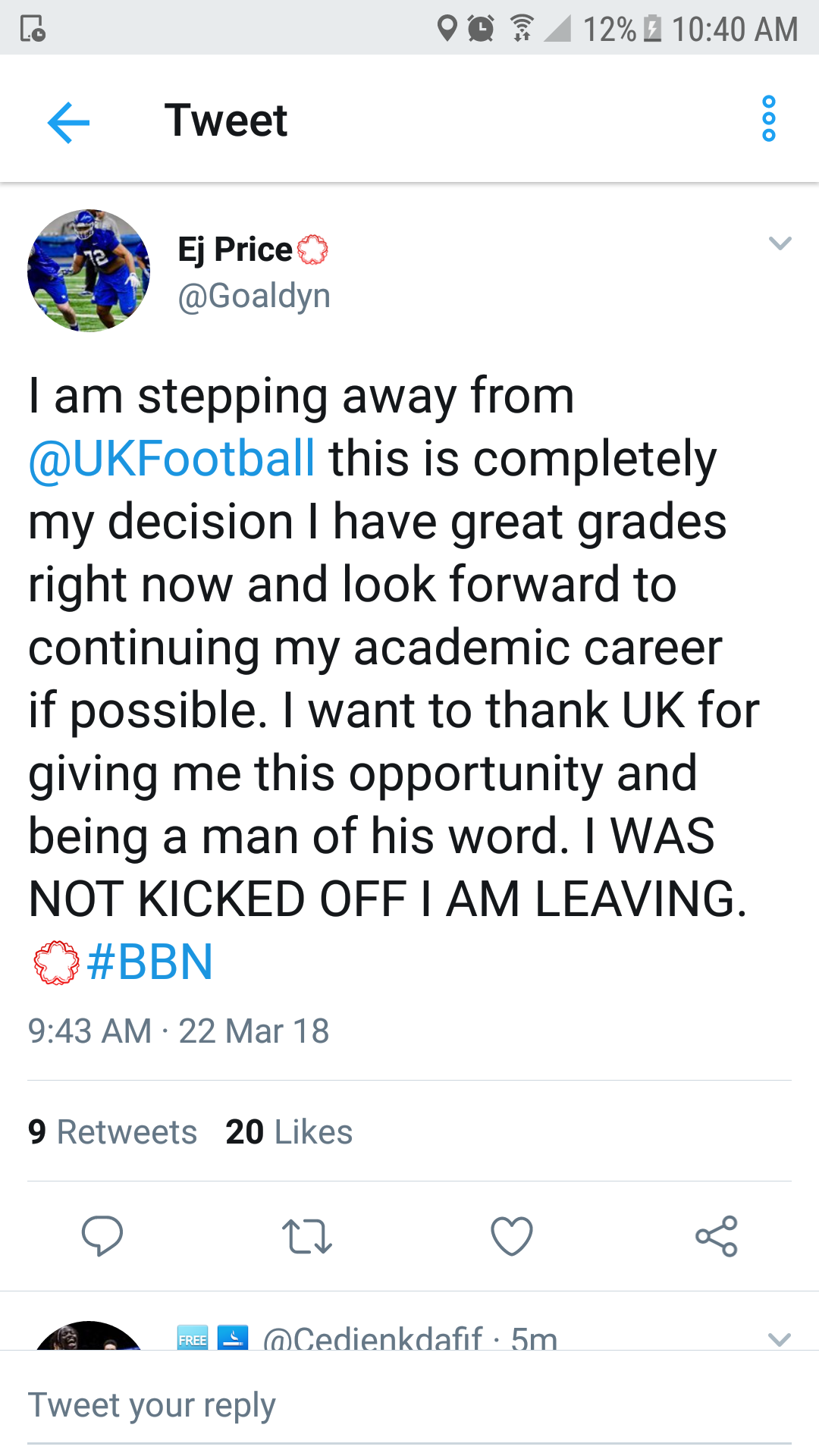