A BIG HELLO to all my DAWGS — DawgNation Community
Home› General
Hey folks - as a member of the DawgNation community, please remember to abide by simple rules of civil engagement with other members:

A BIG HELLO to all my DAWGS 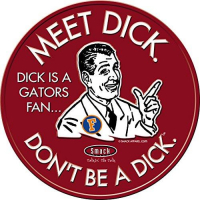 Things have been tough lately for posting after a shoulder surgery. Heck, I haven't even been lurking so I won't be tempted to say something layman-like or try to crack a joke or whatever. But it's time to start using this arm and, though I fell asleep during the game - late overseas here when they played - I can think of no better time to begin again after what looked like total dominance and an interestingly stellar performance by Fields. He needed that kind of game experience in case something happens to Fromm. Should have done that in garbage time all season, but I'm not igniting that debate again (although I don't think that's a very controversial point to make). And it sucks about Rice. Hope it's not going to be serious.

I think we have what it takes to beat Bama. Just wish we were a little healthier. Glad to be back. Posts are likely to be spotty still, but it's time now to will myself back to health.