False Narratives... — DawgNation Community
Home › General
Hey folks - as a member of the DawgNation community, please remember to abide by simple rules of civil engagement with other members: 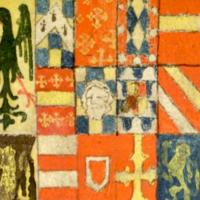 In reading the Kirby criticism thread I had a thought that maybe we could be reminded of a couple of things:

Criticizing Kirby=/=Calling for him to be fired

If you legitimately think that Kirby is infallible and should be worshipped like a god then say that instead of pulling out the straw men and saying people are bad fans or the old "who else would you want?" line...again..not sure I've even seen swilkerson say Kirby should be replaced.

Lastly, Kirby Smart is a VERY well paid CEO of a very profitable business: I'm pretty sure he doesn't get his feelings hurt easily and expects criticism to be part of the job. I'm guessing that he's not going to taken his ball and go home because a few internet people have concerns...