Crean possibly fired for cause? — DawgNation Community
Home› Basketball
Hey folks - as a member of the DawgNation community, please remember to abide by simple rules of civil engagement with other members:

Crean possibly fired for cause?

TOS is reporting UGA looking to fire Crean "for cause" for failure to report altercation between Assistant Coach and Director of Player personnel. 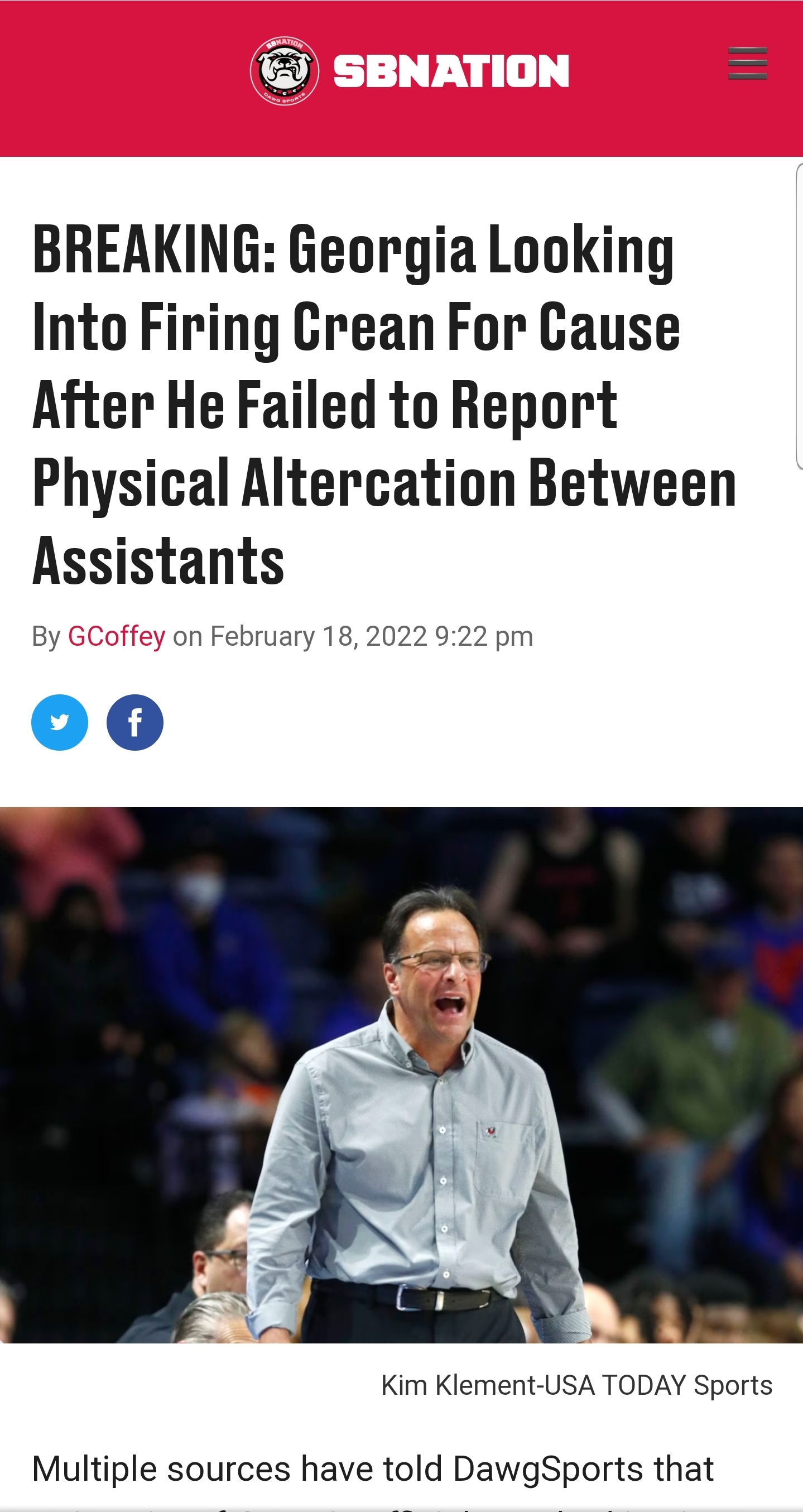