UGA hoops makes me mad! — DawgNation Community
Home› Basketball
Hey folks - as a member of the DawgNation community, please remember to abide by simple rules of civil engagement with other members: 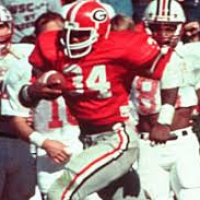 There’s no reason Georgia hoops isn’t competitive. They’ve now been blown out in 3 of 4 SEC games. Not acceptable. I’m not saying they should win the conference but c’mon, this is embarrassing.