Turns out I don't understand the class system here — DawgNation Community
Home› General
Hey folks - as a member of the DawgNation community, please remember to abide by simple rules of civil engagement with other members:

Turns out I don't understand the class system here 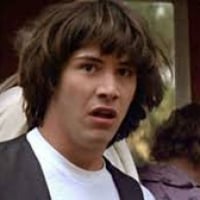 I have no idea how our "class ranking" works.

I've been a member since 2019, and I'm a junior. There are dudes who joined in 2017 who are sophomores. I have about 250 posts, and those dudes have less than 50. There are people who joined in 2021 with over 300 who are graduates. I'm saying all of this because I thought that maybe at least one of these points was relevant to class ranking, but, when all are considered, that just can't be true. That's to say, if someone's a freshman because they joined in the past year, that makes sense, but that's not the case. If someone is a sophomore because they have 50+ or 100+ posts, that makes sense (1 year per 50 or 100 posts) but that's not the case. If it's some combination of the two (you've been an active member for three years but have only made 50 posts) but that's also too inconsistent for me to make heads or tails of the logic.

Can anyone explain it to me? It's not a big deal, I just want to be able to make sense of it.