Offense play calling — DawgNation Community
Home › General
Hey folks - as a member of the DawgNation community, please remember to abide by simple rules of civil engagement with other members: 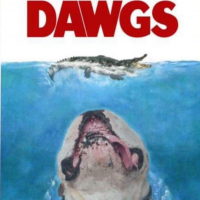 I think the new OC has done pretty good, however I haven't see any toss sweeps or boot leg throws. Say what you want but that 4th and a football should have gone for it. Example LSU last year against us. They went for 5 times and got all 5. You can't play not to lose but also be smart. A win is a win. Go Dawgs.