Bad Look for Dabo — DawgNation Community
Home› General
Hey folks - as a member of the DawgNation community, please remember to abide by simple rules of civil engagement with other members: 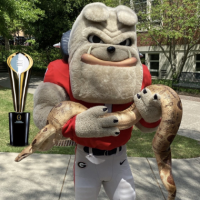 I am sure this happens on campuses across the nation, but Dabo and Clemson football has been put on blast.