Mount Rushmore of Crushing Losses in Georgia Sports History — DawgNation Community
Home› General
Hey folks - as a member of the DawgNation community, please remember to abide by simple rules of civil engagement with other members: 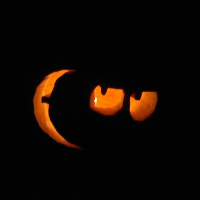 Finally, Teddy is my 1991 Atlanta Braves. This one flips with the 96' Braves from time to time for some of the same reasons this year's Natty loss for Dawgs might flip in the future. 91' was an amazing year for a team that wasn't supposed to get to the WS. But the long 7 games with its ups and downs left me crushed with the eventual loss. Some sting was erased in 95' but man, the Braves should have won at least 1 more in the 90s. 92' World Series was also tough, and 96' had an even better team than the 95 World Champion Braves, but today, 91 is on the mountainside.
So, there they are. Would you agree with my picks, some of my picks, or have a whole different 4 losses in Georgia sports? What are your Mount Rushmore of Crushing Losses in Georgia Sports History?