Texas A&M — DawgNation Community
Home› General
Hey folks - as a member of the DawgNation community, please remember to abide by simple rules of civil engagement with other members: 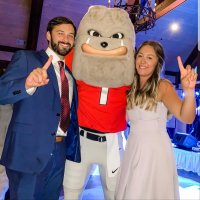 https://www.sbnation.com/college-football/2019/1/21/18190886/texas-a-m-2019-jimbo-fisher
Pretty good case for A&M either being a dark horse playoff candidate or another 8 win regular season team. I think they could be a team to really keep an eye on next season. They'll lose at Clemson week 2 but then they get a couple of layup games at home before a bye week and Bama at home week 7. If they pull one out of their hat that could set them up for a decent run before they finish at UGA and at LSU. I personally think they finish around 9-3 with their losses to Clemson, Bama and UGA or slipping up and beating Bama but then losing to LSU. Either way they should be a pretty fun team to watch here in the next few years.