My experience with Dawgs247/247sports — DawgNation Community
Home› Off Topic
Hey folks - as a member of the DawgNation community, please remember to abide by simple rules of civil engagement with other members:

Just thought I’d share my experience in being a paid 247 member. I’ve mentioned it before but I signed up for a “trial” account in the week leading up to ESD. To be fair, I looked and was aware that it wasn’t going to be just a matter of clicking a button to unsubscribe, though of course that’s all it takes to subscribe. According to 247sports in the fine print you must call a 1-800 number or send an email during normal business hours requesting cancellation. Now I personally think that this policy is intentionally set up to squeeze an extra payment out of people by making it a PITA, but as I said I researched enough to find this out so it is what it is and I’m considering contacting the Better Business Bureau to let them know how they run their business.

My main issue with the site, outside of my personal opinions on the Dawgs247 main writers and their biases, is that I have posted under 20 times on the Junkyard board yet have had posts deleted/been banned multiple times with zero explanation. In the description of what you’re buying with a subscription is included premium access to your teams board. I guess that means be able to read what others have posted or whatever you post that agrees completely with the moderators as my comments that led to being banned were mildly critical of Kipp Adams. By mildly critical I mean as to his opinions/how he does his job. Nothing personal and honestly a hell of a lot gentler than much of the pushback Chip or Griff get on this forum.

So anyway, I thought I’d post an exchange between Kipp Adams(one of the two main writers for Dawgs247 and the one who has banned me). In the interest of full disclosure I’m posting the whole thing even though the initial message from me was made when I was pissed off so may seem petty: 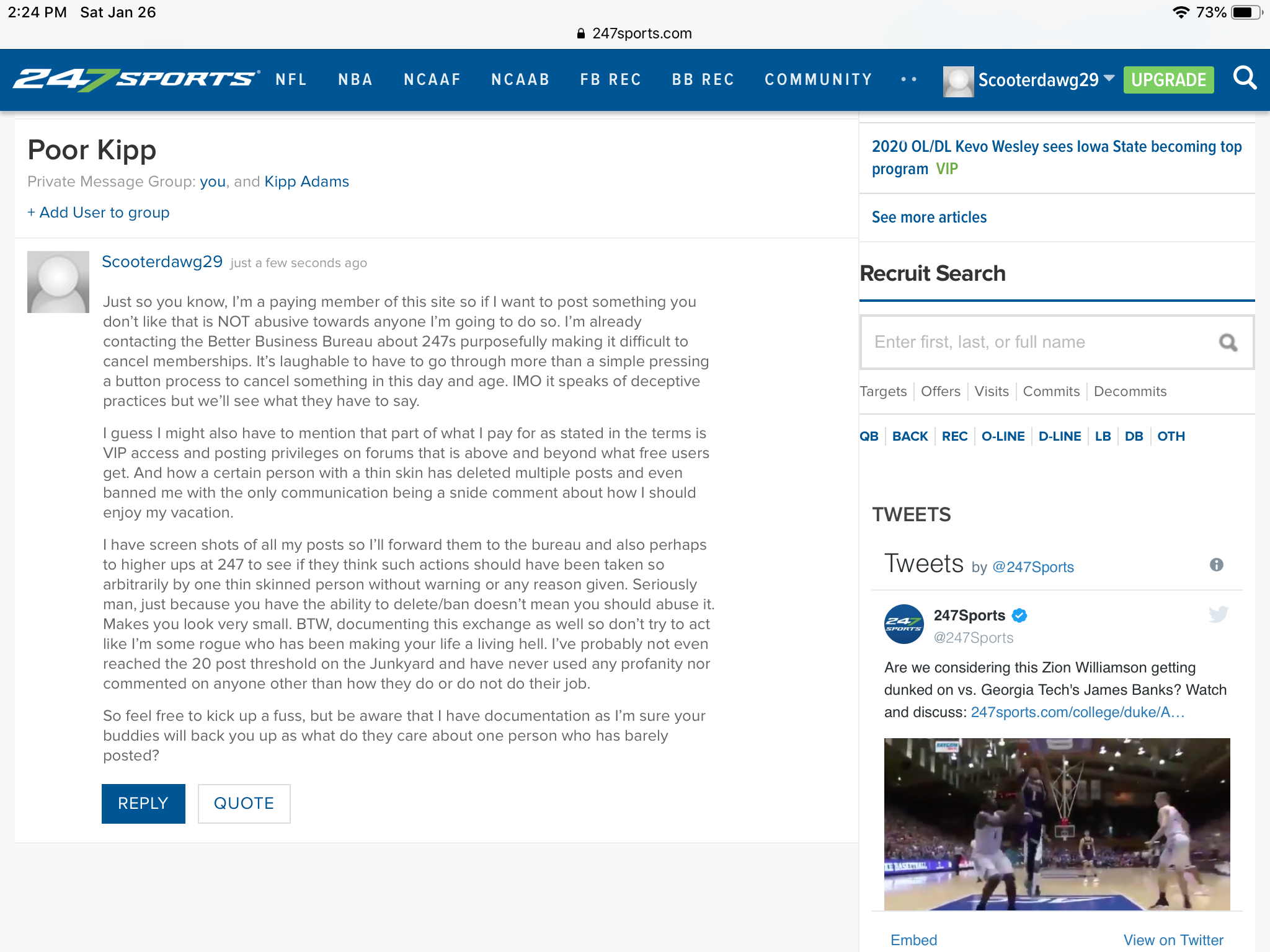 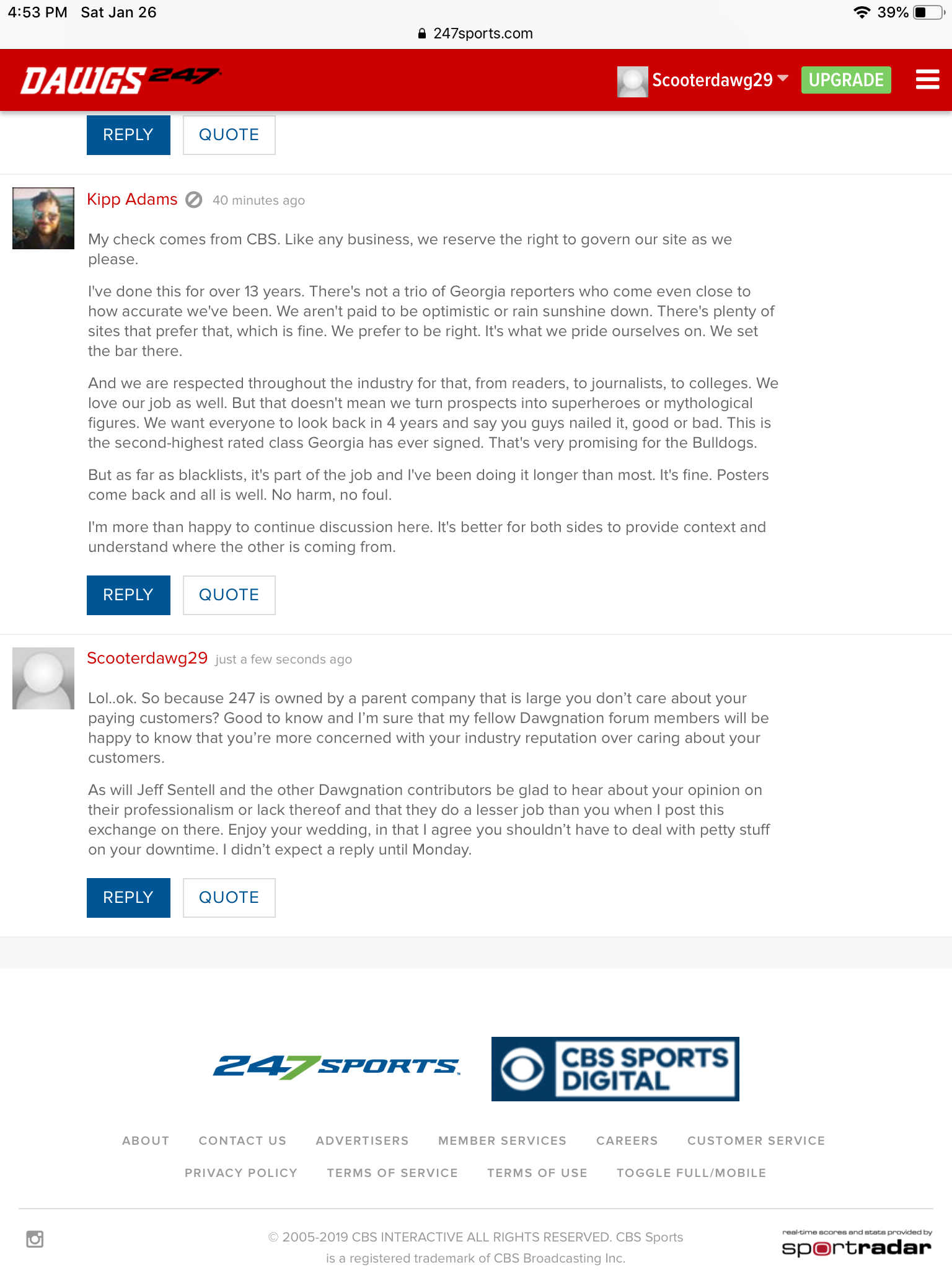 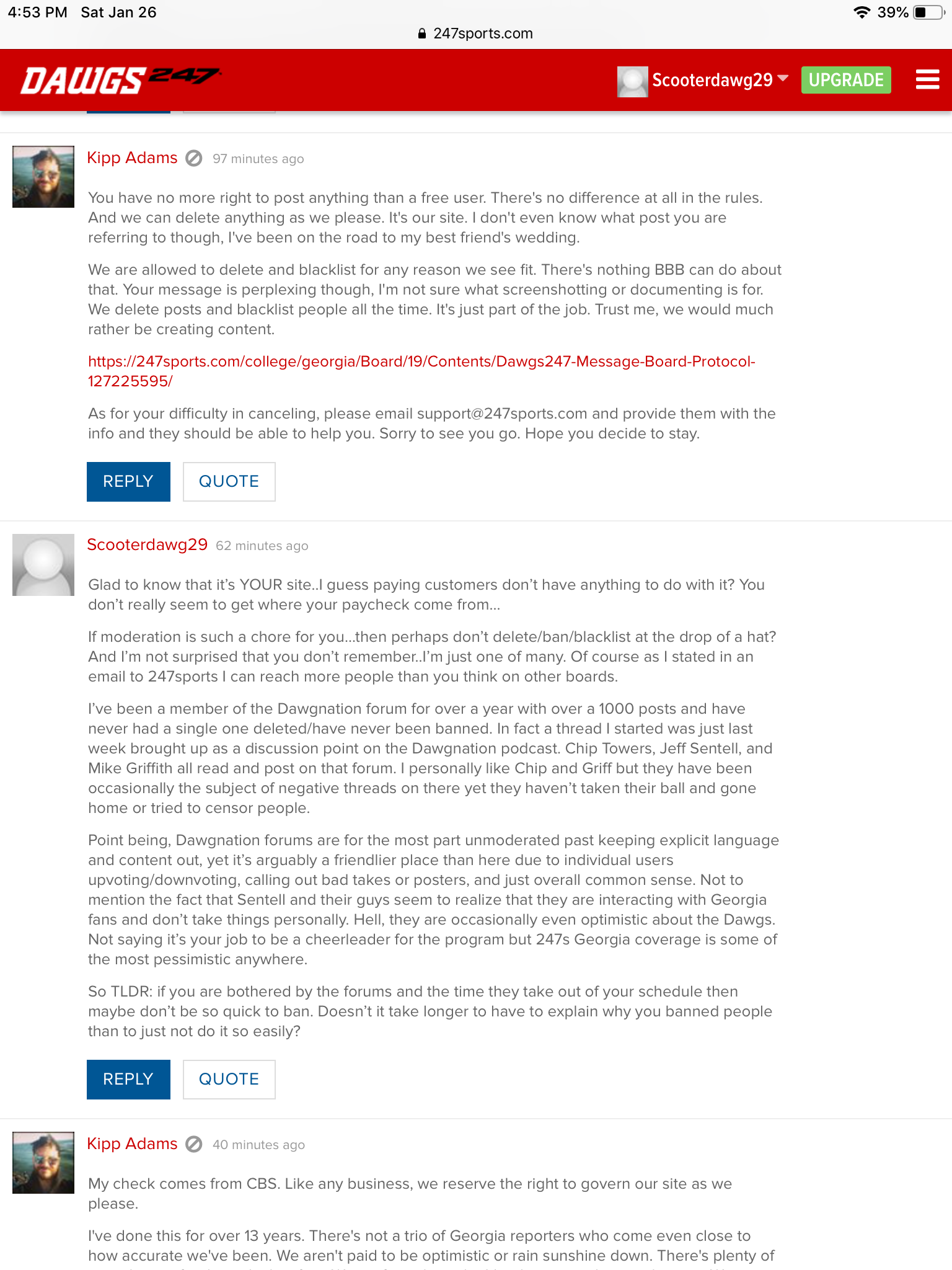