How did you become a Georgia fan? — DawgNation Community
Home› Off Topic
Hey folks - as a member of the DawgNation community, please remember to abide by simple rules of civil engagement with other members:

How did you become a Georgia fan? 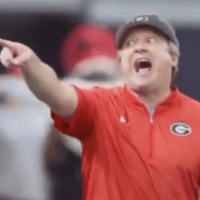 I know we have a lot of DAWG fans here from around the country. How did you become a fan of the team? I'd love to hear everyone's stories.

Me? Born and raised in Augusta, Georgia. Grew up drying off with a 1980 national championship beach towel after my baths when I was a kid. My grandfather used to have the same beach towel tacked on the wall. My mother was a Clemson fan, and tried as she might, it just never stuck. Orange never was for me I guess. I've been long gone from Georgia since 2000, but the pride still goes with me